Since I recently posted Holmes-like Swords & Wizardry, I thought I’d tackle race-as-class for Swords & Wizardry White Box, in the spirit of Moldvay/Cook Basic/Expert D&D. The S&W White Box rules offer an ‘Elf Variant’, but it always struck me as a bit lopsided since the experience requirements are more than the combined multi-class would be. The French version of S&W White Box offers race-as-class as an option for the Dwarf and Halfling, but when I read them I did not care for the advancement used in the tables. So below is what I came up with. Note the Elf is allowed to wear armor and cast spells, as in B/X, although they have no spells until second level. Here is a PDF of the race-as-class tables for easy printing.

Dwarves can use all the armor and weapons of the fighter. They can see in the dark as a human sees by day, up to 60 feet, as long as torches or other light sources are not nearby. They are expert miners and can detect stone traps, shifting walls, slanting passages and new construction on a roll of 1-2 in 6. Giant-type creatures inflict half damage against Dwarves on a successful hit. Dwarves are resistant to magic and save vs. magic at +4. All Dwarves speak Common, Dwarvish, Gnome, Goblin and Kobold. The 5% experience bonus for Dwarves is given for a strength of 15+. A character must have a constitution of at least 9 to be a Dwarf. 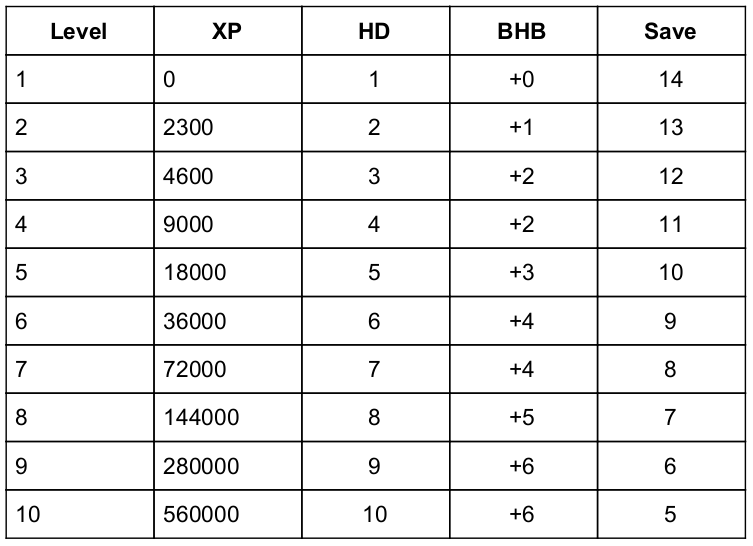 Elves advance as a blend of fighter and magic-user, and are able to employ the weapons and armor of the former, with the spells of the latter. Elves are able to spot secret doors when looking on a roll of 1-4 in 6, 1-2 in 6 if merely passing by. They are immune to ghoul paralysis, and gain +1 to attack and damage rolls when fighting Orcs, Goblins, intelligent undead and lycanthropes. All Elves speak Common, Elvish, Gnoll, Goblin, Orc, and Hobgoblin. The experience bonus for Elves is given for strength and intelligence – both must be 15+ to get the 5% bonus. A character must have intelligence of at least 9 to be an Elf. 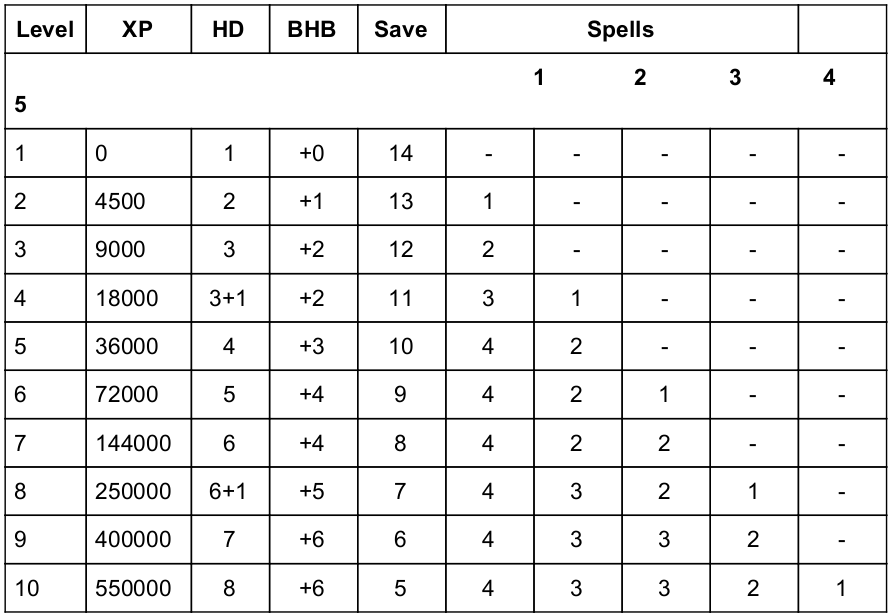 Halflings can use the armor and weapons of the fighter, and like Dwarves take only half damage when hit by giant creatures. They have deadly accuracy with missiles (+2 to attack rolls) and are quite hardy, having improved saving throws compared to other classes. Outside they are nearly invisible (90% chance) when not moving, and even indoors they can remain hidden on a roll of 1-2 in 6. Halflings speak Common and whatever other languages they can learn due to their intelligence bonus. The experience bonus for Halflings is given  for strength and dexterity – both must be 15+ to get the 5% bonus. A character must have dexterity and constitution of at least 9 to be a Halfling. 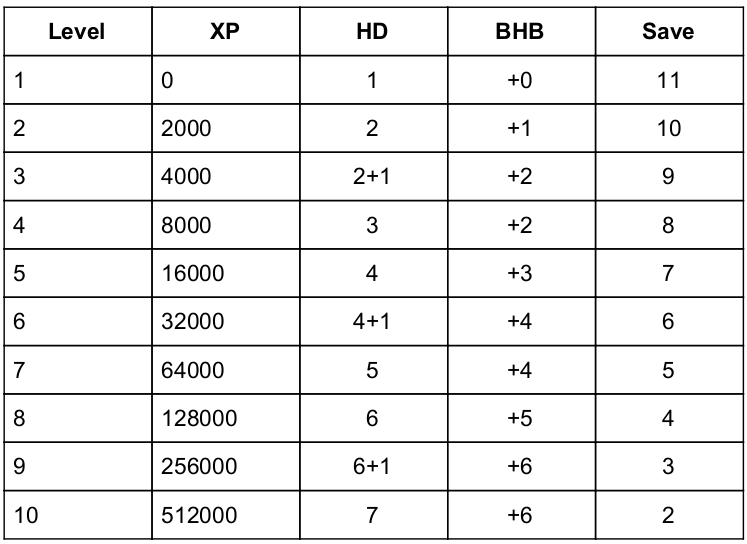