I missed it by a few days, but my first edition Swords & Wizardry White Box print is dated January 22, 2009. Hard to believe it’s 10 years old already! It’s been one of my favorite, go-to RPGs since I got it and started playing with my kids that same year. 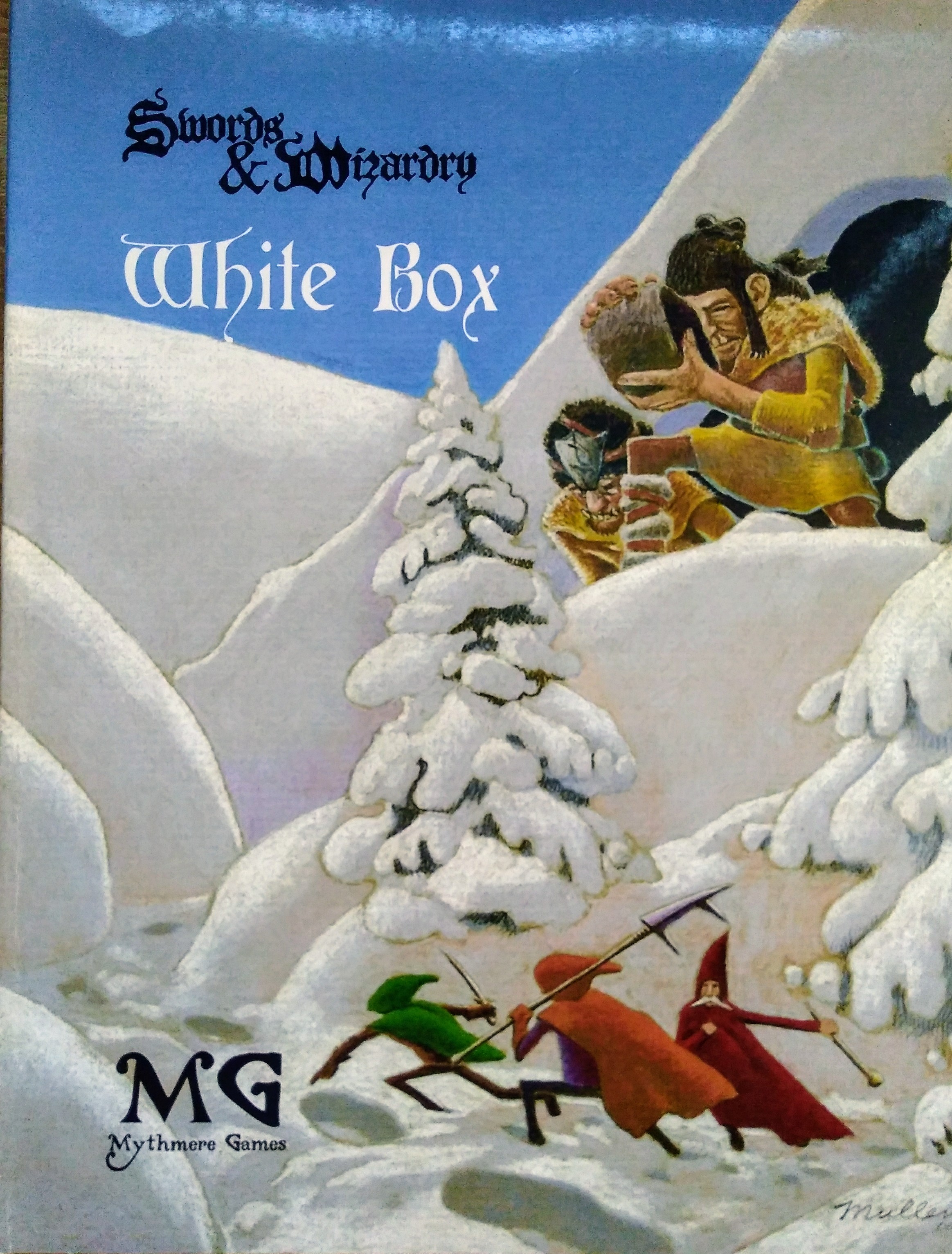 So what made it so special? At the time it was the only legal way to get an OD&D-like experience if you did not own the original 1974 booklets (Labyrinth Lord OEC came out about a year later, in early 2010). It differed in a few ways from the original rules – use of the base hit bonus (BHB), the single saving throw, and universal attribute bonuses. And unlike later editions, this first edition did not try to appeal to everyone by de-emphasizing the BHB or providing alternate saving throw tables or descending AC charts. With the benefit of hindsight and now having seen and played all of the subsequent editions, I can say it was a much more honest creative work. There were lots of house rule suggestions, and some rule omissions (most notably the material from OD&D vol. III) – but clearly you were meant to make the game your own and in this way it was just like the original. Marv “Finarvyn” Breig said this in his editor’s comments to the first edition:

These rules are designed to maintain the spirit and philosophy of the oldest gaming models, back in the days where the rules weren’t supposed to be ‘complete’ because half of the fun was making up your own rules to cover new situations.

For me, a quintessential “lapsed gamer”, it was just what I needed to re-ignite my passion for old-school RPGs after many years away. I appreciated it as a rules framework, and became comfortable making rulings, rather than relying on rules for every situation.

That first edition has a great legacy. It has spawned many supplements, derivatives, house-ruled versions and offshoots. So while it’s a shame that Matt Finch and team stopped supporting it, it certainly lives on and is still actively played in many forms. And White Box FMAG has taken over the mantle of a supported edition quite nicely. Here’s to another 10 years, thanks Matt and Marv!

You can download a copy of the first edition of Swords & Wizardry White Box in doc or pdf formats from my forum.