Ref note: This details several shorter sessions centered around an abandoned hill fort the party discovered off of the road north to Bryn.

After the battle with the Balrog, The Patriarch Sunamel cast raise dead on Ambrose, forgoing the usual fee in recognition of Ambrose’s bravery. This was successful, and Ambrose recuperated at Sir Wil’s keep with his wife for several days. Once he was well enough to walk about, he heeded a summons by the Earl, where he was Knighted. The group set about planning their next foray – they had heard from the Earl of merchant caravan raids on the road north to Bryn, and this seemed quite a bit safer due to the complete lack of Balrogs.

Meanwhile, Sunamel’s efforts to raise the sage Eshorwhep were not successful. He was buried in the Church cemetery and the Earl sent word for a replacement sage from Bryn.

After a few more days of rest, Ambrose was feeling himself again, so the group set out north to explore the road into the mountains and Miner’s Pass. This time Sir Ambrose was accompanied by a squire, a local young man of 18 named Halfrim. Traveling through the foothills just shy of the Twisted Peaks, they came across a path leading east to an old hill fort. It looked abandoned at first glance, but their attempt at a direct approach was rudely met by arrows, so they regrouped and sent Roger to the top of the overlooking hill. There he spied a way to get up the east corner wall via a rope, but also saw that the fort was inhabited by a troupe of Gnolls and a large Troll. 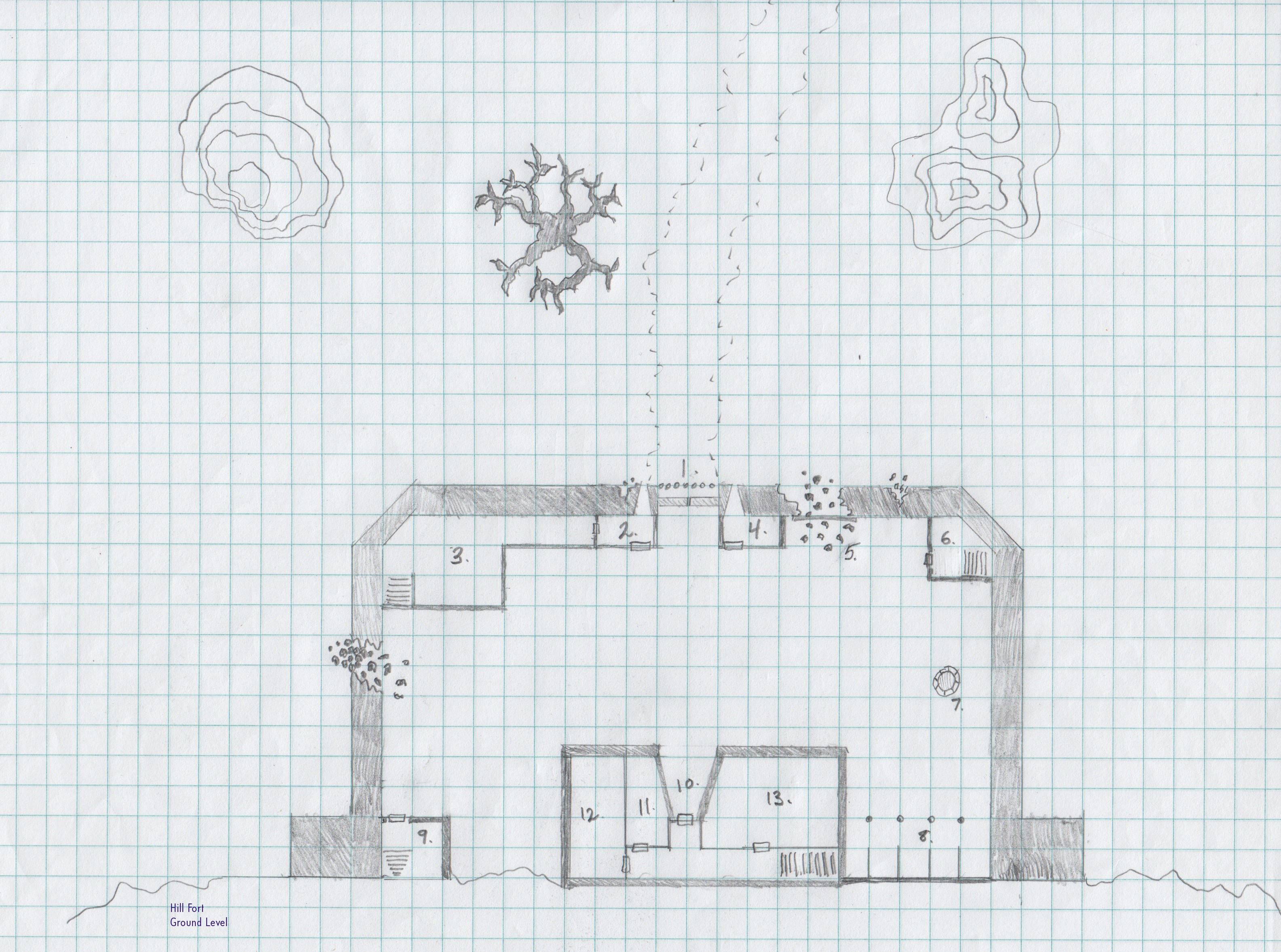 Thus warned, they made it up the wall and onto an outside parapet, where they were met almost immediately by a large Half-Orc in a fur cloak. He wasted no time rushing to attack, and the battle was soon joined by five Gnolls and the Troll. Vog and Murdir were killed by Gnoll spears, while Roger and Zort were wounded, but eventually the party had won the battle. They doused the body of the Troll in oil and set it alight, then entered the hill fort. A thorough search revealed some merchant loot and a prisoner – a Gnome Alchemist by the name of Nat Greentooth. As thanks for his rescue, he gifted the group three of his potions, part of the loot they had found. Continuing on, they had a brief run-in with a bandit hiding in one of the ground-floor meeting rooms, he was captured but refused to talk, and was killed by Imric during an escape attempt. The fort cellar had a concealed entrance to a tunnel that led out to a nearby hill, and a cache of jewels hidden beneath a cask of ale.

The group decided it was time to return to town, so they gathered up the bodies of Vog and Murdir, and headed south. Once in town they again sought the help of Sunamel, to raise the two loyal hirelings, as they had the coin (2,400gp) it seemed the right thing to do.