Coming up with a player quickstart for 1974 Dungeons & Dragons three “Little Brown Books” (3LBB OD&D) is a bit harder than for other games. If you consider just the 3LBBs, there just isn’t much that is set in stone, and a lot is left to referee interpretation. This is, of course, the charm of the thing. But it means that by its nature, any quickstart I come up with will have house rules and interpretations of my own. This is in contrast to the Moldvay quickstart, in which it is all rules-as-written, and the White Box FMAG quickstart, which lies somewhere in-between the other two. 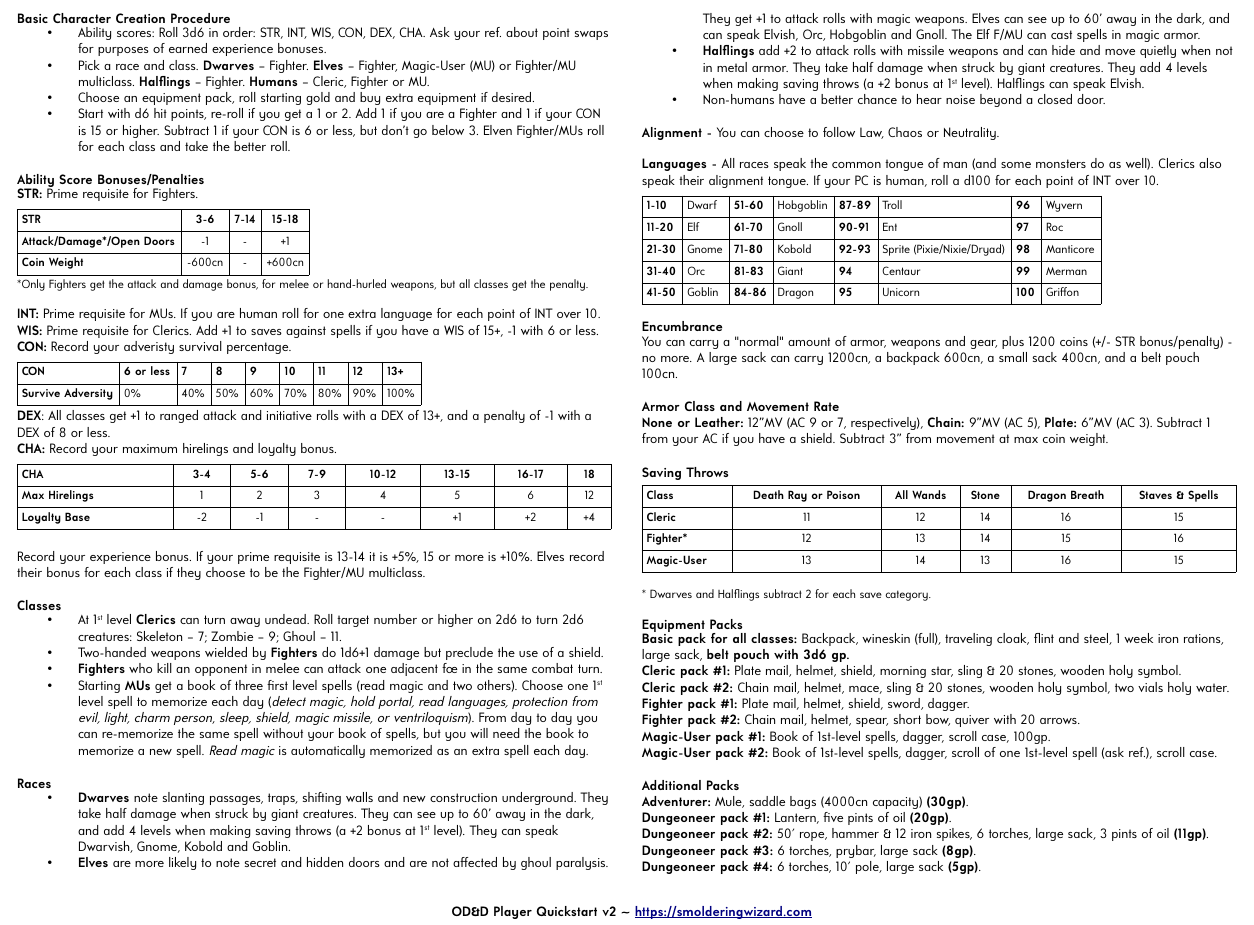 Still, I’m providing the source LibreOffice document, so you can tweak it to suit your own campaigns. Here is a summary of my own house rules in the PDF version:

As usual, I’m leaving out some details like the explicit chance of Elves finding secret doors, or of non-humans hearing noise. That reflects the fact that the referee will be rolling those, not the player.