White Box Heroes by Salvatore Macri was one of the very first supplements to be released for Swords & Wizardry White Box, way back in 2009. It provides all the standard AD&D classes and races, plus a few original classes in a nice, concise format. 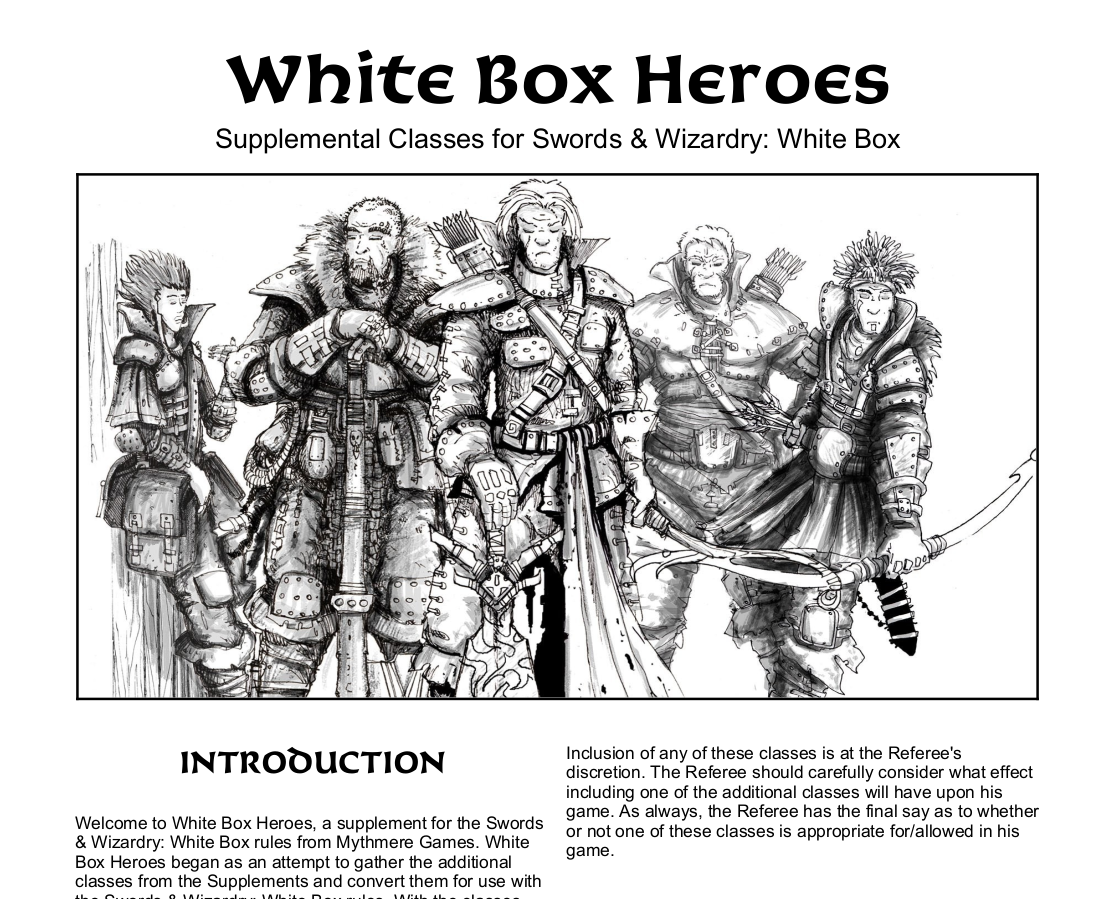 Here are the classes and races detailed in White Box Heroes: 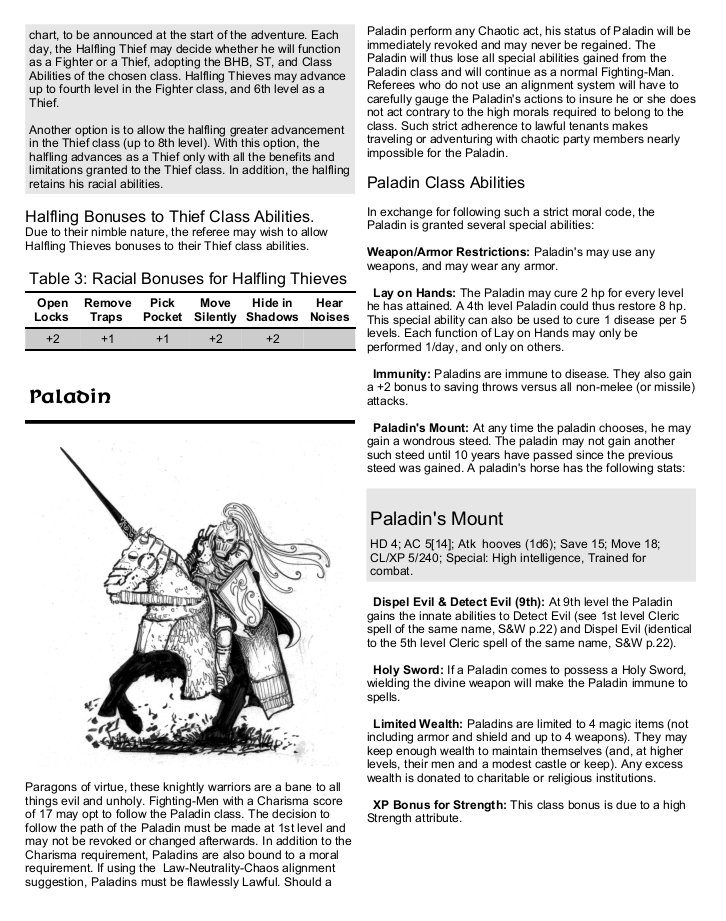 Everything is of course d6-based and the base hit bonus (BHB) is noted in all of the class advancement tables, as it was in the 1st printing of Swords & Wizardry White Box. The standard classes offer no surprises – everything there is pretty well-known, still it’s nice to have these options available for players that want them. There are a few spots where house-rule options are given, which is very much in the style of the White Box rules. Examples of this are the Halfling Thief-variant class (a Fighter/Thief Halfling), and the expanded foe list for Rangers. 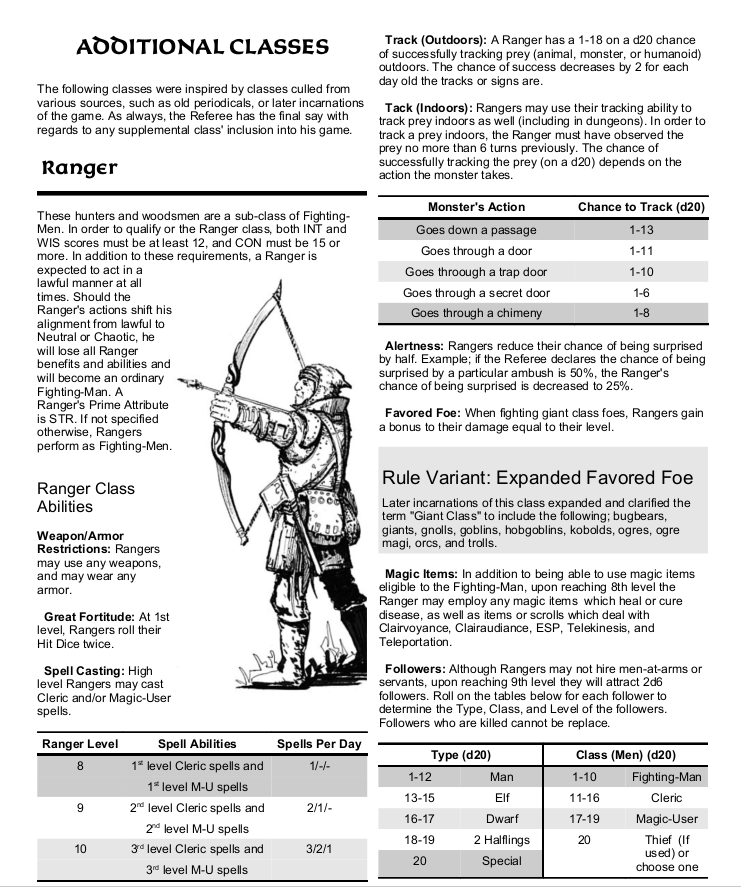 The classes listed as original (Tunnel Fighter and Summoner) are quite interesting. A Tunnel Fighter is a Dwarf who “specializes in combat within the tight confines of the tunnels, caverns, and dungeons”. The Summoner is, as you can guess, a magic-user who specializes in summoning demons and other monsters. The Northern Godi is not marked as an original class, but I have never seen it elsewhere. It is a Norse-themed sub-class of cleric that trades undead turning ability for runic magic. 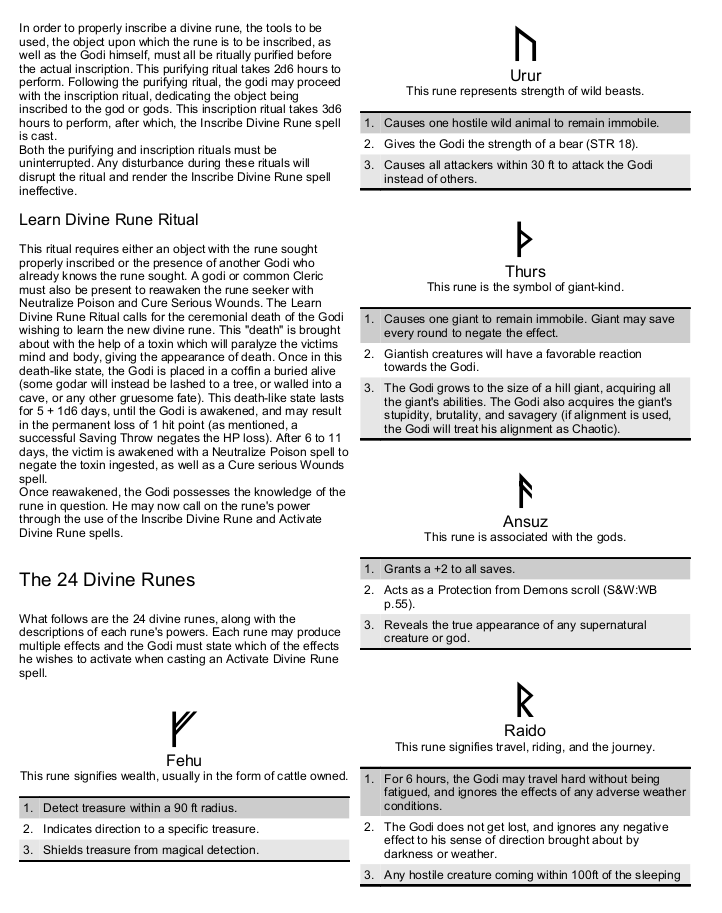 12 thoughts on “Forgotten Gems of the OSR – White Box Heroes”