“Small but Mighty” is how I would describe The Phoenix Barony, a fantasy adventure setting by David Bezio, the creator of X-Plorers and Shotguns & Saddles. It was originally written way back at the dawn of the OSR, in 2007 for Labyrinth Lord, and updated in 2015 with a 2nd edition for Swords & Wizardry White Box. I have the latter edition (and if anyone knows how to get a hold of the first edition, now out-of-print, the collector’s urge in me would be grateful!). 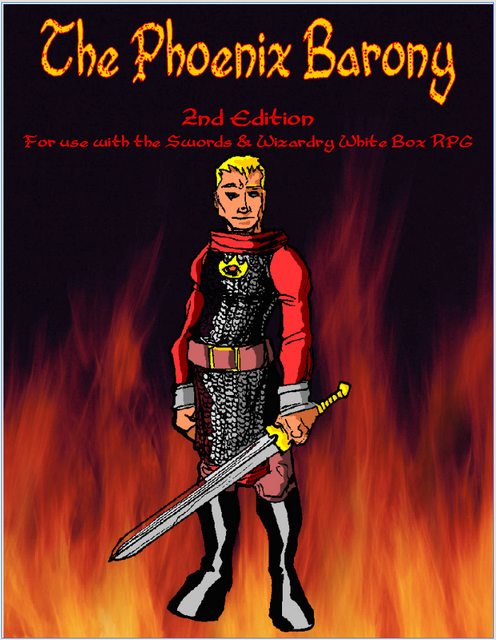 It’s only 25 pages in length, but gives just enough detail on the 80-square mile Phoenix Barony to spark the referee’s imagination and run a campaign, including a larger area map, as well as two maps and a key for the town of Tathor, meant to be used as a base for adventures. 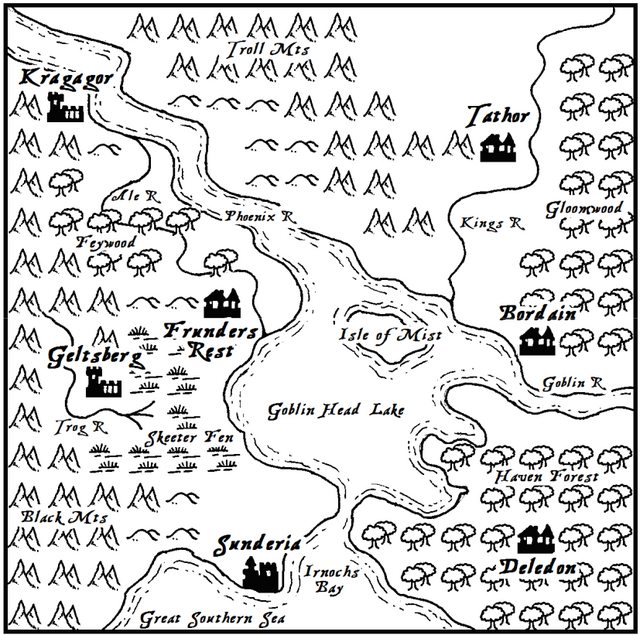 It starts with a brief overview of the Barony, including important organizations and religions, and continues with a gazetteer which details the main settlements and NPCs. Finally the small town of Tathor is detailed, along with a dozen or so adventure hooks. 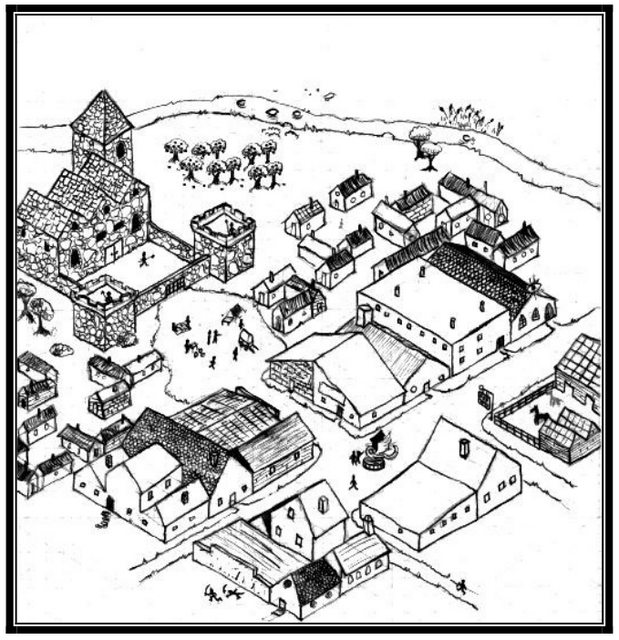 The author adds flavor by winding a short story about an adventuring party throughout the text, a paragraph at a time. The art is Bezio’s own, not stock; it is plentiful and well done. All-in-all this is a great product if you need an adventuring locale to get a campaign started. While ostensibly written for S&W White Box, there is enough generic setting material here to work for any old-school fantasy RPG. The Phoenix Barony is currently free at DTRPG (along with all of Bezio’s other products!), so there is no reason not to grab it. 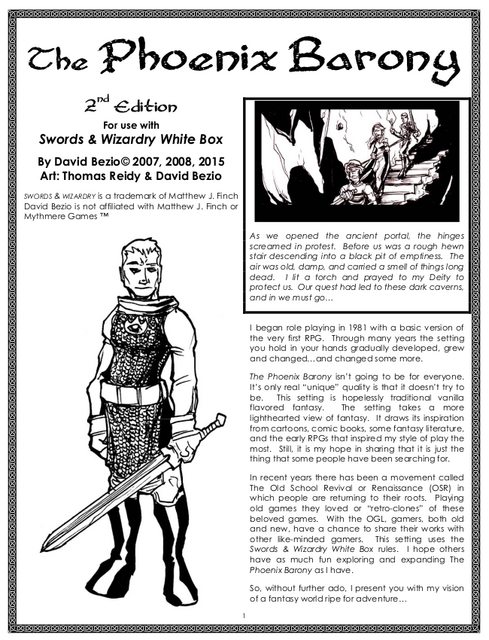 3 thoughts on “Forgotten Gems of the OSR – The Phoenix Barony”