I’ve been thinking about a new setting for my OD&D/White Box games (but pretty generic as far as fantasy goes), one where the PCs explore a large exposed crag of rock with cave entrances at varying heights. The higher elevation caves will be more dangerous than the lower caves. The latter would be inhabited by the usual low-level fodder, from paths that switch back up the crag face. The higher levels would be only accessible to flying creatures (or high-level thieves or mages) or from secret passages in the lower caves. So your basic reverse mega-dungeon. I envision it as about a half league at its base and about 3,000 feet high at its peak. That is big enough that you could run a whole campaign there, but you could also run one-shot adventures based on individual caves. I made a rough sketch in my gaming notebook: 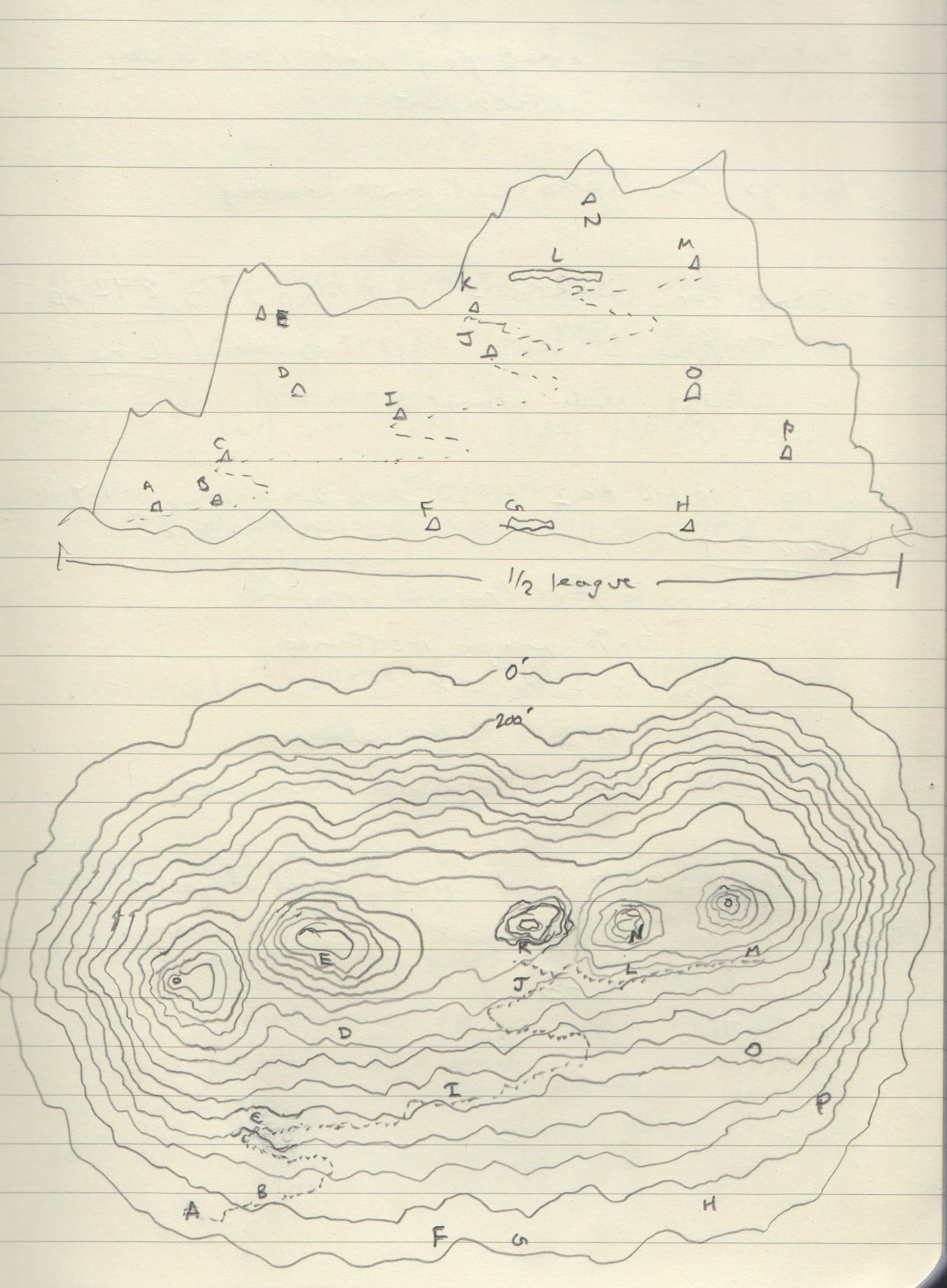 Xirjan’s Folly is a massive crag of rock thrust up from the tundra on the edge of Amand’s northern frontier, a day’s ride from Fort Pike. It is the result of a magical battle a millenia ago, from which the Arch-Mage Xirjan emerged triumphant, but in doing so laid to ruin the inhabited lands for many leagues around the site of the battle. The exposed rock revealed a myriad of caves and tunnels, and over the centuries these have become home to bandits, brigands, humanoids, and dragons – some say there are even more sinister creatures in the upper recesses. Rumors abound of vast treasure hoards and magical artifacts, but few who dared explore the crag have returned.

Here is a collection of rumors I came up with, not all will be true or some may be partially true: