The next day the party rested in Frostmark. The Curate Zort and his retainer attended to some personal matters at the local temple, so they stayed behind while Ambrose, Roger and Imric planned an outing to explore more of the wilderness to the south and west. The following morning they headed south along the Twin-Towns road, then turned west into the Thistle Wood. There was no path but it was easy going – the trees were sparse and they had been in this area before, on the way to the lost Hobbit Village. After an hour or so they entered unknown territory, and soon thereafter the the quiet was broken by sounds of horses approaching from the south.

The party took cover as best they could, and could see a wagon approach, led by two horses and a man-at-arms riding alongside. he had his sword drawn and the group was clearly in a hurry. Were they being pursued? The party stayed put and let the wagon pass, then followed its tracks south. A short time later they again heard sounds of horses. Imric and Roger hid away from the track, while Ambrose drew his sword and waited. After a minute Ambrose was confronted by an armored knight leading four creatures on large war horses. The creatures looked like bears, but in man form.

The group stopped and the mounted knight drew his own sword, demanding Ambrose step aside. Ambrose refused, and the knight dismounted while the bear-men watched. The knight readied his shield – blue and emblazoned with a black dragon, and spoke a word, after which his sword began to glow with a blue light. 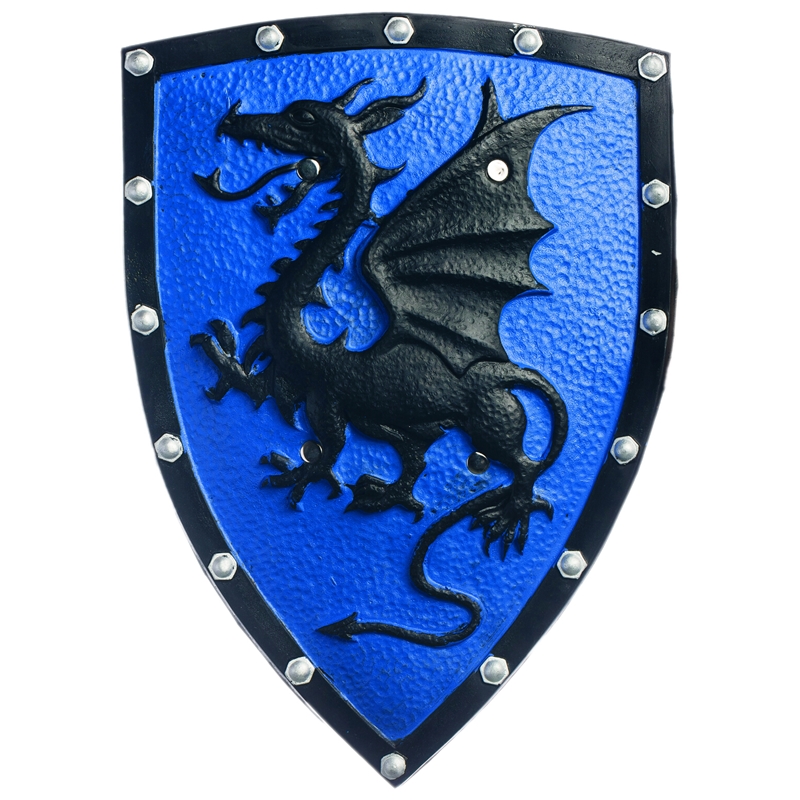 Imric, watching from the trees, decided a sleep spell might be in order. As Ambrose and the knight faced off, he cast it and the four bear creatures fell into an enchanted slumber, slumped over their saddles.

Ambrose and the knight fought a pitched battle, trading blows and wounds. Roger cautiously joined in the melee, looking for an opening. At one point a blow that would surely have killed Ambrose was stopped by his magical shield. He doubled his efforts and with the help of Roger, the knight was soon dead. Imric emerged from the trees to kill the sleeping bear-men, and the party searched them and their leader.

The glowing sword they wisely left alone, remembering what happened to poor Alus, but they took the knight’s shield and the contents of his saddle bags, finding 60 platinum coins. Ambrose inspected his shield that had saved his life – it was battered and Imric could no longer detect any enchantment on it.

The three adventurers took the five horses, the head of a bear-man and the knight’s shield and headed back to town, intent on discovering the history behind the black dragon standard and the story behind the fleeing wagon.

Referee notes: I rule that sleep affects the lowest hit dice creatures first, in this case the bear-men had 3HD versus the evil knight’s 4HD and Ambrose’s 5HD (so he could never have been affected anyway). I’ve read that Gary’s original OD&D group randomly rolled to see which HD group was affected by sleep, this seems fine also, but I think leaving the higher HD foes unaffected is more challenging.

During the combat with the knight, Ambrose saved himself from what would have been a fatal blow by sacrificing his magical shield. A normal shield would have shattered, but I ruled his shield lost its +1 enchantment. It seemed a good trade-off.

The knight’s sword was aligned with chaos, as the players suspected. So it was good they did not pick it up as two of them are lawful and one neutral.