In town the party learned from the sage that the black dragon emblem on the shield used to be sigil of Rue the Fierce, an evil wizard who lived centuries ago. He is known to have made alliances with Dark Elves and was defeated by Sir Ignatius the Valiant – former prince of Nolenor. The sage commented that it does not bode well if Rue’s sigil is emblazoned on the shield of an evil warrior some 300 years later.

The party set out the next morning, intent on exploring more of the wilderness to the southeast. They gave the old Hobbit village a wide birth after spying three Manticores feasting on a bear carcass, and continued on.

Eventually the forest turned to marsh, and the party found themselves in a gully facing a small hill and cave entrance. An old woman was walking along the path towards the cave when they arrived. She turned and greeted them, inviting them into her cave for some tea. The party was reluctant to join her, so she turned and entered her cave. As she did so, a thick fog enveloped the gully, obscuring sight of the entrance. Now on high alert, the party was not surprised when a large, purple-skinned ogre emerged from the mist and attacked! In the ensuing battle, Ambrose was wounded but the party prevailed. 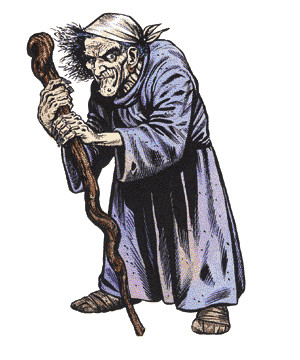 The mist soon cleared and the party entered the cave, now empty save for a pile of bones and a fire pit. They found nothing obvious, but Ambrose decided to check the fire pit, and saw underneath the burned wood and ash pile was a large, flat stone. He directed Vol and Sundarr to lift it so he could see what was underneath. This turned out to be a bad decision – a fire trap went off as soon as the rock was moved, engulfing and killing both Vol and Sundarr, and singeing Ambrose and Zort, who were farther away. The magical fire also melted a pile of gold and silver coins, although there were some intact gems. The party decided to bury their porters, and rest for the night in the cave. 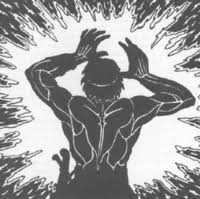 In the morning they headed west, towards drier and higher ground. At one point, a Green Dragon flew overhead, but the party was obscured by the tree canopy and was not spotted.

They eventually approached a curved cliff face dotted with white flowers. About 40 yards ahead, they could see a pair of feet sticking out from the cliff face. A body perhaps? They could not be sure from their vantage. Roger and Zort approached, but as they did so, they both had an overwhelming urge to sleep. They shook it off and continued, finding a pale, dead Dwarf laying against the cliff. They began to loot the body, but were interrupted by shouts form the rest of the group. They ran back to find them under attack by a wandering band of Gnolls and a giant wolf.

The initial surprise attack from behind had been deadly for Halfrim, who had his throat ripped out by the Worg. In the ensuing battle, Vog was killed by a Gnoll spear, but the party eventually defeated the Gnolls with a few more wounds. They decided not to tempt fate with four dead already, and head back to town.

Heading back the way they came, they camped overnight in a small forest clearing. All was quiet until the early morning hours, when Roger, on watch, was alerted to a noise in the woods nearby. He woke the party and crept off to investigate. From a distance he spied a creature with the body of a serpent and a head of writhing snakes – a Medusa, moving towards the camp! He shook off a chill and loosed a volley of arrows, wounding it. As the others arrived, Roger warned them not to look at the creature. Imric did so anyway, casting light at the creature’s eyes, obscuring its vision. The party was then able to surround and kill it. 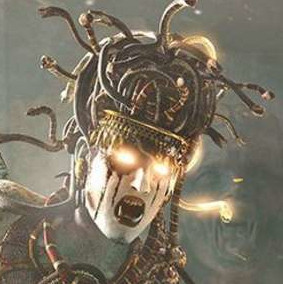 The party returned to eat breakfast and break camp. The rest of the journey back to Frostmark was uneventful.

A very unlucky session for the hirelings, with all four of them dead. After this session I began limiting the party to retainers – classed and leveled help. The zero-level men with limited armor and hit points proved too fragile for the encounters in the OD&D wilderness. In-game, the party was contending with a reputation for killing off the lowly hired help, and would find it impossible to convince anyone to accompany them.

Both Roger and Imric got lucky and made their saves against petrifaction when they first confronted the Medusa. The light spell was clever and I ruled that if the Medusa failed her save (she did), the light would prevent her from meeting anyone’s gaze.